Can you disarm the bomb before it goes off during the game?

“Pre-game fun! My family of 4 with 2 teenagers and their grandparents went on this adventure. It was very difficult, but we had a lot of fun. We did the Cardinals’ theme room before the game.”

Stadium Escape Room Scenario: During a sold out game at the stadium, a maniacal character takes you and your friends hostage. He locks you in the bowels of the stadium and tells you a string of bombs will detonate in 1 hour minutes if not disarmed by your team.  To quench his thirst for twisted entertainment, he tells you where to start but not exactly how to turn it off. Working with 2 - 10 teammates and 60 heart-pumping minutes, can you disarm the bomb and save the crowd in time?

Complete this medium difficulty stadium escape room, and the city will thank you. Fail, and and the stadium (and whatever is in it) will be destroyed.

This game is just a rename of Cardinals Quest. So if you have played that, choose another escape room as this will be the same puzzles. Any Cardinals fan will really like this game as it features a lot of Cardinals history and memorabilia!

About Our Escape Rooms

Mastermind Room Escape is located in downtown St. Louis, MO, and St. Charles, MO. We offer escape rooms for everyone - all ages, interests, and tastes. We’re the #1-rated local escape room in St. Louis on TripAdvisor because of our one-of-kind rooms, high-adrenaline missions, and friendly, attentive staff. 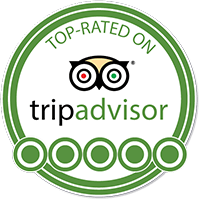 “Cardinals room was amazing!! We took our family to the Cardinals room and we had a blast!!!! Our game master was awesome as well. We can’t wait to go back and try another room. You will not be disappointed at Mastermind Room Escape.”